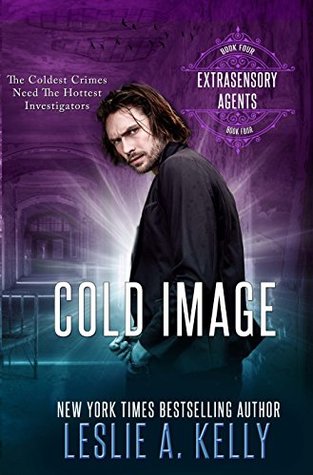 by Leslie A. Kelly
Book 4 of Extrasensory Agents


Derek Monahan sees violent death wherever he turns.  His strange ability forces him to watch crimes that repeat in loops of blood and anguish.  The only positive is that he is able to use his power to solve cold crimes...like the disappearances of boys from a secretive academy.

Dr. Kate Lincoln hates that her kid brother was sent to an awful school in Georgia.  The place is a nightmare--housed in what was once a brutal asylum.  Now her brother has disappeared, and she's the only one who seems to care.

Derek wants to help the beautiful doctor, but going undercover in a place that seethes with ancient violence isn't easy.  When she sees just how much his job affects him, Kate realizes she wants to be the one to help heal the wounds of this strong, noble, and very sexy man.

As long as she survives to do it.


I suppose I give this book a 'C' for effort, despite the fact that it didn't really show much effort, to be honest.  The premise was very promising, and this is the fourth book in a series I've been enjoying.  The previous book was likable.

But the amount of typos, grammatical errors, and back-story errors I came across just goes to show how terrible a book can be when it lacks proper editing.  So no matter how much I like this author and looked forward to this series' next installment... it was disappointing, to say the least.

And don't get me started on the amount of tacky, dated romance novel schmaltz...

The most disappointing part of this book was that it had all sorts of promising potential.  Our heroine was non-standard, straight-forward, and level-headed.  Our hero wasn't a broody alpha despite the fact that he probably has every right to be a broody alpha based on his ability to see the violent death echoes of people being murdered.  The mystery was also promising, and the only reason I stayed with the book--I really wanted to know what was happening at the creepy juvenile academy for delinquent rich boys, and why they kept disappearing.

It would have been nice if some retribution were to be had against some of the nasty professors of the school...