My TBR List is a monthly meme hosted by Michelle @ Because Reading.
The basic gist of this activity is to have others help decide on which book out of three I'm selecting from my TBR pile I should read for the month via votes.  The posts will be published on the first two Saturdays (voting and winning book announcement, respectively), and the winning book review will be posted on the last Saturday of the month.
Click on the above links for more information.


Not that there's a requirement to create a theme for each of these My TBR List nominees, but I decided it'd be fun for myself to categorize each set of books each month.  It's easier for me to keep track of (with my spreadsheets and all), and it also makes it a little easier for me to determine what books to list for voting.

This month's My TBR List will be a Let's Finish That Series edition.  Basically, I know I have one too many series I've started reading and really should get to reading the rest of the books in said series--one too many series where I've read the first book and haven't gotten around to the second book.

These series are, however, series that are already completed.  I'm considering another My TBR List meme for books in an ongoing series that I need to catch up with.  Either way, it helps towards finishing and/or catching up with series, which will eventually help me knock off more Reading Goals for my Bookish Resolutions.  These themes give me the leeway to reuse the same themed TBR List for future months with that added bonus of helping me finish series.

Thank you to everyone for stopping by and voting! 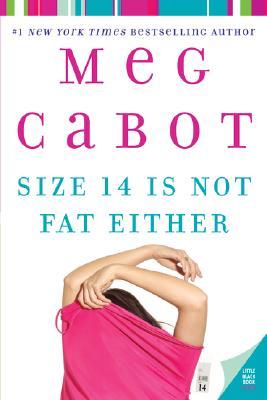 
Former pop star Heather Wells has settled nicely into her new life as assistant dorm director at New York College—a career that does not require her to drape her size 12 body in embarrassingly skimpy outfits. She can even cope (sort of) with her rocker ex-boyfriend's upcoming nuptials, which the press has dubbed The Celebrity Wedding of the Decade. But she's definitely having a hard time dealing with the situation in the dormitory kitchen—where a cheerleader has lost her head on the first day of the semester. (Actually, her head is accounted for—it's her torso that's AWOL.)

Surrounded by hysterical students—with her ex-con father on her doorstep and her ex-love bombarding her with unwanted phone calls—Heather welcomes the opportunity to play detective . . . again. If it gets her mind off her personal problems—and teams her up again with the gorgeous P.I. who owns the brownstone where she lives—it's all good. But the murder trail is leading the average-sized amateur investigator into a shadowy world. And if she doesn't watch her step, Heather will soon be singing her swan song! 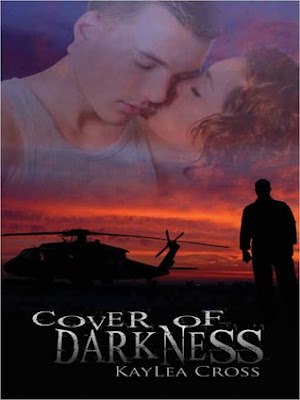 Cover of Darkness by Kaylea Cross
-- Book 2 of Suspense series


Targeted by a terrorist cell, Bryn McAllister survives a bombing at the U.S. Embassy in Beirut only to be left to die in a desert cellar. When she is rescued by Navy SEAL Lieutenant Declan McCabe and his team, Bryn must rely on the handsome officer to get her to safety. But just when she thinks the nightmare is over, family friend and legendary CIA operative Luke Hutchinson recruits her and McCabe to help track down the terrorist mastermind responsible for the attack.

With Bryn determined to see the terrorist brought to justice, Dec joins up to protect her, prepared to do whatever it takes to keep her safe during their dangerous mission. Battling the explosive attraction between them, Dec fights to keep his distance from her so he can do his job and keep her alive. But when plans fall apart and Bryn is captured, he must make the agonizing choice between his duty as a SEAL and the life of the woman he loves. 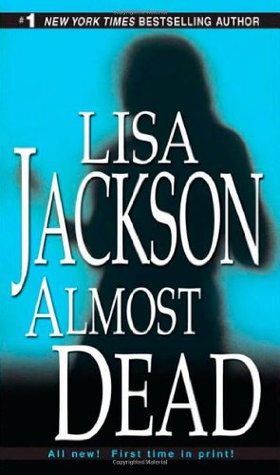 
A Woman Who Wants To Get Even . . .
The first victim is pushed to her death. The second suffers a fatal overdose. The third takes a bullet to the heart. Three down, more to go. They're people who deserve to die. People who are in the way. And when she's finished, there will be no one left. . .

Will Do Whatever It Takes For Revenge. . .
Cissy Cahill's world is unraveling fast. One by one, members of her family are dying. Cissy's certain she's being watched. Or is she losing her mind? Lately she's heard footsteps when there's no one around, smelled a woman's perfume, and noticed small, personal items missing from her house. Cissy's right to be afraid--but not for the reason she thinks. The truth is much more terrifying. . .

Including Murder. . .
Hidden in the shadows of the Cahill family's twisted past is a shocking secret--a secret that will only be satisfied by blood. And Cissy must uncover the deadly truth before it's too late, because fear is coming home. . . with a vengeance. . .

**For BookLikes members reading this in the BookLikes dashboard view:  Click here to generate the voting box on another page if you would like to vote.  I don't know why the voting box doesn't show, though it appears in blog view just fine.

**For everyone else voting via BookLikes blog view or at the Book Abyss's Blogspot home:  You may ignore the above tangent.  The voting box shows just fine.

Again, thank you for stopping by and voting!


Previous My TBR List months at Ani's Book Abyss can be found at the Bookish Memes page.