For my previous roll, Roll #12 on 5/20, I rolled a 3 and landed on the BL Square.  A further roll netted me BL Task 11, which read: Read for two!  The rewards for your next book are doubled - and half of the money goes to another player of your choice! 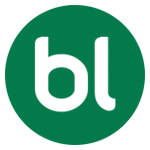 According to the rules, I did not get to read for this square, so the doubled rewards will go to the book I get from today's roll!  And let me tell you, as much fun as I've been having will rolling the dice for my next move, without a book to read for Booklikes-opoly, I felt kind of lost, and the wait until the next roll felt like it was going on forever!

Meanwhile, however, I was actually able to finish reading a non-challenge related book and it felt kind of good, to be honest.  Okay, that was a lie.  The book I read was totally for another challenge, even if for a more personal challenge that I'm frankly just using as a way to make myself finish reading series.  I'm totally not taking that personal series challenge too seriously-ish.  But it still felt good to get some reading done that I've been trying to get to since the beginning of this year.

I wasn't sure how I wanted to choose who to share my rewards with, so I was thinking about doing a random roll or something.  Ultimately, however, I decided to skim the game posts and the Bank Balances, and see if there was someone who could maybe use a little boost, even if a tiny one.

After some deliberation, I decided on Portable Magic!  It looks like the game's been kind of slow-going for her due to baseball season and all, so hopefully this will help give a small boost.  I know it's not much, but wanted to be helpful.  To Portable Magic, I will send you a private message in case you don't see this update, and then will let you know when I finally finish my book and have money to share so we can both cash in!

So I got so obsessed with the dice roller app on my phone that I found myself playing with it at random moments.  I mean, you can tap it, shake it, or swipe, and it will roll!  So rather than going back to Random.org to do my roll, this time I decided to switch things up a bit and use the app.

Doesn't it look kind of cool?  I played with the background, the color of the dice, even gave it a metallic shine!  Ahem... 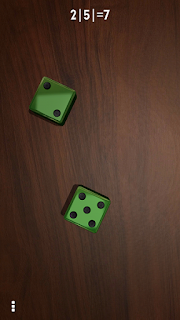 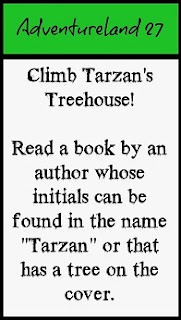 So, I rolled a 7, which takes me from the BL Square to Adventureland 27. 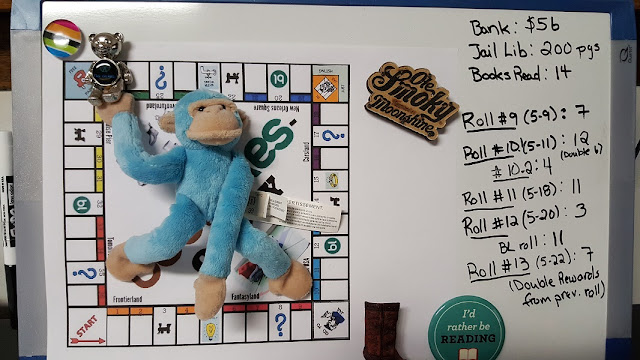 Magnetic Monkey:  "Is this where Teddy Bear is supposed to go?"

Monkey might be a bit of a diva, being all up on my game board, but at least he's helpful.


For the book, it took a bit of a search until I realized that Nora Roberts would totally fit this game space.  There were several books that had trees on the cover, but I think I was more interested in reading another Romantic Suspense.

I went ahead and checked out two books from the e-book library so I could get started on reading immediately. 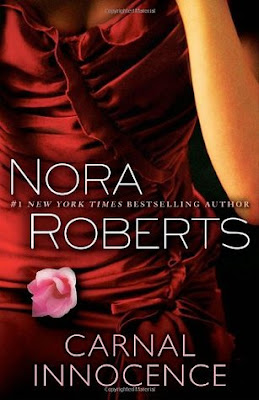 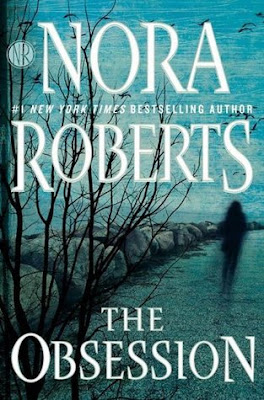 Carnal Innocence is 402 pages on the Kindle version, just enough pages to get me a $5.00 cash reward!  The Obsession is 464 pages on the Kindle version, which would also be $5.00.  Truthfully, I had wanted to read River's End, but it just so happens to have already been checked out, so maybe I'll just leave it for the next time I land on Frontierland 4 and need a book title that can spell 'River.'

I'm leaning more towards Carnal Innocence, so that is what I will probably end up reading, but I'm going to give both a short sample go and see which one draws me in more.

Either way, I will be earning a double reward based on my previous roll wherein the BL Task I got allows me to share half the reward with another player, that player being Portable Magic.  Once again, I will make sure to let you know when I've finished the book so we can both collect on the $5.00!  I know it's not much, but hopefully it'll help,