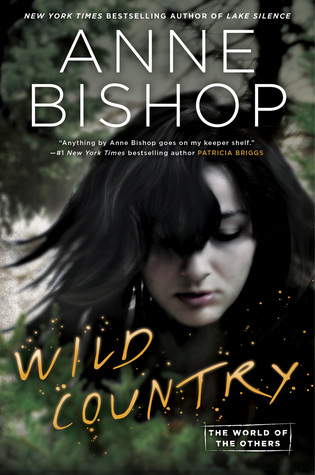 
There are ghost towns in the world—places where the humans were annihilated in retaliation for the slaughter of the shape-shifting Others.

One of those places is Bennett, a town at the northern end of the Elder Hills—a town surrounded by the wild country.  Now efforts are being made to resettle Bennett as a community where humans and Others live and work together.  A young female police officer has been hired as the deputy to a Wolfgard sheriff.  A deadly type of Other wants to run a human-style saloon.  And a couple with four foster children—one of whom is a blood prophet—hope to find acceptance.

But as they reopen the stores and the professional offices and start to make lives for themselves, the town of Bennett attracts the attention of other humans looking for profit.  And the arrival of the Blackstone Clan, outlaws and gamblers all, will uncover secrets…or bury them.


The reviews for the books in The Others series are always hard for me to write because I've yet to figure out why I love them so much.  The writing often borders on juvenile, and each book seems to reiterate the same plot: details of mundane, everyday happenings, while some stupid group of humans try to cheat, swindle, or kill off a bunch of Others... not taking seriously the bigger threat looming in the wilderness in the form of the Elders.  As I'd made mention somewhere before, it never ceases to amuse me how the stupid group of humans in each book keep thinking they can pull a fast one on the Others and still live to tell about it.

While I really DID enjoy Wild Country, it didn't escape my notice that a whole lot of nothing happens, centered around a simple plot based on a group of bad humans wanting to con innocent towns out of their goods.  And the truth is that without all the mundane, everyday happenings, I'm not sure that plot would have amounted to much of a story.

But as previous books in The Others series has shown, you kind of just fall into the world and you end up enjoying and being entertained by the antics of the main characters.  I really DID enjoy following Virgil and Kane (mostly Virgil) as they learned to accept that there are some good humans out there, even as they have every reason to hate humans for killing their entire pack of Wolfgard.  But the slow build-up of friendship between Virgil and Jana was a delight.  I had almost thought that the two of them might strike up a romance or something, but as we know, these books aren't exactly in the romance genre.  Instead, I was extremely amused just watching Virgil slowly concede that maybe Jana had the makings for the strongest female in his police pack, even as a small human.

Outside of the Virgil-Jana friendship, however, I'm not sure I really cared much for the rest of the Others or the humans presented.  And in fact, I found myself a little bored, or at times even frustrated with there being so many other characters to follow, from Tolya Sanguinati, to Jesse Walker, to Tobias Walker, to Abigail Burch, to the bad human pack...  It might have gotten a bit overmuch in terms of POVs, even though everything is in third person.

And even in the end, I feel like there were still a bunch of loose ends, as well as a lot of build up to climaxes and conclusions that felt kind of unsatisfying.

Nonetheless, I enjoyed this book, got hooked into it, and am going to continue looking forward to the next installment, hopefully coming around next year.