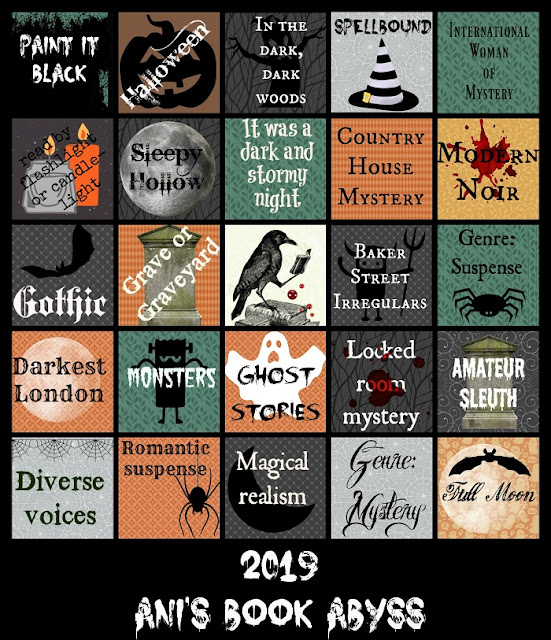 
I'm not entirely sure how often I'm going to update, so I'm just going to wing it as I go.  Reading has been slow going and I think I've only finished two more books since the last update, a little over a week ago.  It's not bad progress, but I'd been hoping to have at least one other book finished reading by now.

I've decided to go ahead and declare a couple Transfigurations: (and I will move these graphics to the proper section in future updates)

Modern Noir and Magical Realism are the two squares I'm feeling the least interested in reading for at present, and I've felt the least interested in reading them since the beginning of the game.  I have books lined up for the squares I'm transfiguring them to already, so I'm going to go ahead and make this commitment, even though I haven't actually read for those squares yet.

Mainly, I just wanted Dark Academia on my card, because it's my favorite of all the newest Halloween Bingo squares--and, oh look at that, the square just got called!  I swear, I started putting this post together before today's (9/23) call.  I'm planning on reading the second book in the Truly Devious trilogy since I'm enjoying the first book right now.

Meanwhile, I should hopefully be getting the next InCryptid book via library hold soon, so I'm going to go ahead and put Cryptozoologist onto my card.

Moving along with this update, I've just recently finished reading Mercy Strange by Alisa Woods for Spellbound.  I know I'd intended to read Terry Pratchett's Sourcery... but plans change.  That is all.

The next book I finished was Lost Among the Living for the Ghost Stories square.

And while I'm currently reading Truly Devious by Maureen Johnson for the Baker Street Irregulars square, I felt like I needed to read some more romance of some sort, so I decided to go ahead with Firelight by Kristen Callihan for Darkest London.  Yes, I know, I've already read at least three other books that have romance... I just need more.  For me.

Anyway, I'm sort of picking and choosing which books to read next based on which ones are library books and which ones are for squares on my card that have already been called.

So you see, there's a somewhat strategy going on... not really, but maybe.  No.  Not really.  There is no strategy.

Anyway, I went ahead and added some graphic to my card to indicate the Transfigurations, which I hadn't been quite sure how I wanted to do it, but I kind of like the effect... for now.  When Penni gets added to the square, we'll figure something else out. 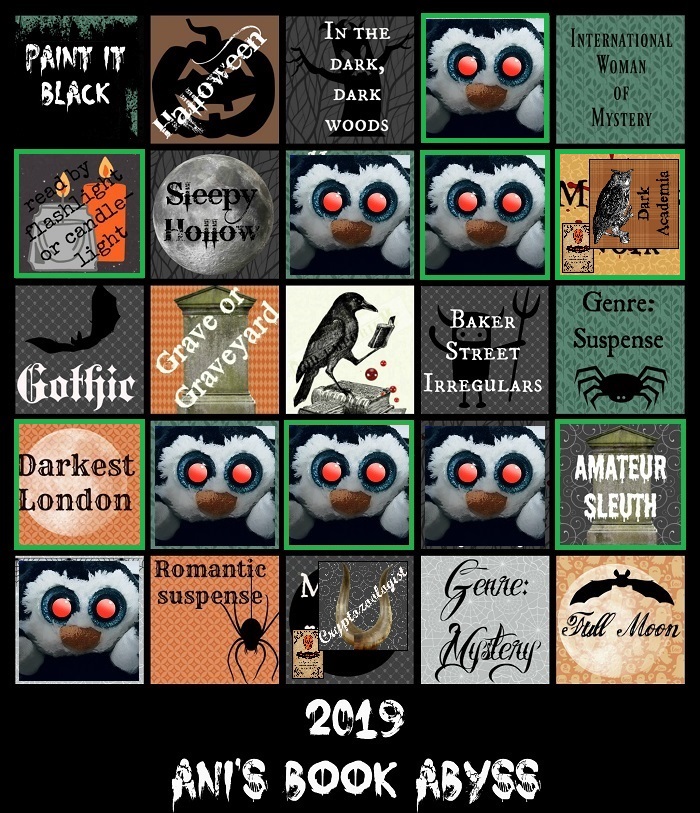 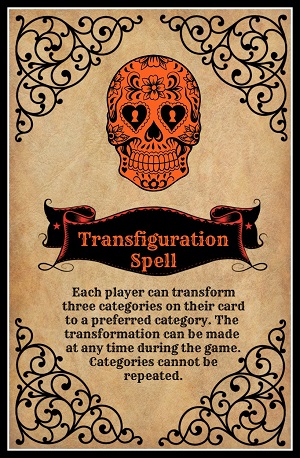