Very Brief Thoughts: One Night with her Boss 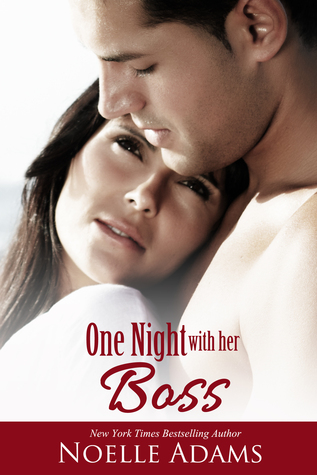 One Night with her Boss

by Noelle Adams
Book 4 of One Night novellas


Anne has worked for her sexy, ex-surfer, businessman boss for seven years, and she’s been in love with him for two.  Jake doesn’t think about her as anything but his ever-efficient assistant, though.  She’s been trying to get over her feelings by dating other men and interviewing for other jobs—which doesn’t make Jake very happy.  But Anne is determined not to put her life on hold for him.

When she gets a new job offer, Jake will do anything he can to keep her, but he still only seems to want her as an employee.  Anne might find him irresistible, but she’s learned to resist.  There are lines that he’ll just never cross.

But then everything changes in only one night...


Extremely underwhelming read, even for a short novella with a simple contemporary romance.  The romance itself wasn't bad, and Anne's attempts to move forward with her life, and her determination not to put her life on hold for a crush is commendable.  The ending angst seemed a bit juvenile and unnecessary, and kind of rushed; but at least it wasn't drawn out.  Characters were okay and good, had potential, and maybe would have benefited from a longer story with more development.

Not much else to say about it.  I never reviewed the first three One Night novellas--enjoyed the first two, found the third lacking.

This was even tinier than bite-sized, and easily finished within the hour if you have nothing else to do in the meantime--something to pick up if you're between books and not sure what you want to read next.

I will probably stop reading this series with this last novella, though.