Really, everything I needed to say about my reading experience for July is also kind of reflected in my Booklikes-opoly wrap up.  I didn't read as many books as I did the previous month, but July was still a great reading month, if only because I made a lot of great progress in my Personal Series Challenge.  And while COYER wasn't as successful this month for me, I can now dedicate myself to my Summer Reading List with BLopoly's ending. 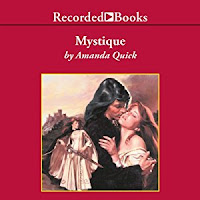 Favorite reads:  To be honest, all the books I read in July were kind of "I liked this book" to "I really liked this book," but nothing too outstandingly awesome.  So the few books I DO want to mention include Susanna Kearsley's The Shadowy Horses, which, while wasn't the best book, was enjoyable and beautifully written; Ravished by Amanda Quick, which was typical Amanda Quick fun and good; and Northern Lights by Nora Roberts, which was more enjoyable than I'd expected it to be.

Disappointing reads:  Really, the most disappointing read I had in July would be The Law of Attraction by N.M. Silber--with all the positive reviews I saw for it, I'd expected witty, fun, breezy, and sexy; instead, I got childish, boring, and eye rollingly over-hyped.  The other book I was a bit disappointed in was Night Diver by Elizabeth Lowell, which is surprising since it's not like I've always loved her books, ya know.

Coming Up In August

Is there such a thing as a Reading Game Hangover?  Because that's kind of what I'm feeling right now.  The fact that I won't be reaching for my dice roller app and rolling for the next book... it's making me feel a little lost.  How am I going to decide what to read next without a nifty set of game cards telling me what direction to go?  How will I keep from starting ten new books within the week without the game play rules keeping me in line?

What am I going to do with my life now?!!

Anyway...  I've still got COYER and some other year-long challenges going, and so, to be honest, it really IS going to be a bit of a feat choosing books to read based on what I want to read rather than based on what books will fit what game squares.  But that just means I'm going back to my tentative reading schedule lists, and that I don't have to worry about not finishing a book in time to roll again.  And I definitely won't be thinking about saving certain books for "just in case I land on such and such square," or NOT reading a book yet because "I need to read this other book for xyz square."

Nonetheless... it was kind of nice being told what to read next, even if you still had a modicum of choice.

I suppose this is why I like Reading Challenges.  =D