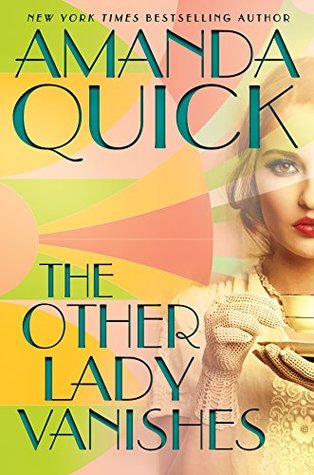 The Other Lady Vanishes


After escaping from a private sanitarium, Adelaide Blake arrives in Burning Cove, California, desperate to start over.

Working at an herbal tea shop puts her on the radar of those who frequent the seaside resort town: Hollywood movers and shakers always in need of hangover cures and tonics.  One such customer is Jake Truett, a recently widowed businessman in town for a therapeutic rest.  But unbeknownst to Adelaide, his exhaustion is just a cover.

In Burning Cove, no one is who they seem. Behind facades of glamour and power hide drug dealers, gangsters, and grifters.  Into this make-believe world comes psychic to the stars Madame Zolanda.  Adelaide and Jake know better than to fall for her kind of con.  But when the medium becomes a victim of her own dire prediction and is killed, they'll be drawn into a murky world of duplicity and misdirection.

Neither Adelaide or Jake can predict that in the shadowy underground they'll find connections to the woman Adelaide used to be--and uncover the specter of a killer who's been real all along...


The truth is, there were moments when I forgot that this book takes place in the 1930s until those little moments where things like "auto courts," or the fact that no one has a cell phone pops up, and our couple needs to find a pay phone just to make a call.  Or what about the whole collect calling long distance thing?  I don't think I've even heard of anyone having to that on a normal basis anymore.

But getting back on track, the voice of this book actually sometimes feels pretty modern; though I'm not as familiar with the 1930s, to be honest.

Like the first book in this series, there were several different POVs, though I'm not as conflicted about that as I'd been for the previous book.  This wasn't as confusing, I guess.

Meanwhile, I probably would have given this book a higher rating, because the truth is, it was very enjoyable to read.  But I started noticing a lot of similarities between this book and another earlier book by Jayne Ann Krentz, and realized that our beloved author might be recycling some of her own story details, even if more towards the end.  While I'm a little disappointed about that, I'm sure it wouldn't have been as noticeable if I hadn't just, very recently, finished reading said book with the similar scenes.

Otherwise, as I'd already stated, this book is still very enjoyable and full of the usual Amanda Quick loveliness.