At first I had thought that my reading for March would be even worse than the previous two months.  I had gotten slowed down by one specific book, though it seemed as though everything started picking up as soon as I finished said book.

Following, I feel like my motivation to blog seems to have picked up.  I have a feeling everything will be right in my reading world soon.  At least I hope.  As of the end of March, I've made some great progress in my reading "schedule" for this year.  Three series finished and a bit of progress has been made on others.  And since finishing series and catching up with series is part of my main goal for 2017, I'm creating tentative scheduling for what to read next--as in, when I'm done with one book, I will read such-and-such book next for such-and-such series.

I'm listing and shuffling around books for a tentative reading list for three months in advance every few days, pending what I manage to finish reading.  This way, I have a list of books to choose from when I find myself needing a "What should I read next?" book.

Once again, my main goal is finishing series this year.  I feel like I'm making pretty good progress so far, but that's based on the fact that I'd been in a reading slump for the past three months.  I'm hoping to make better progress, but at this point I think I'd just be satisfied with finishing or catching up with at least one or two series each month.

See my progress for my Personal Series Challenge so far. 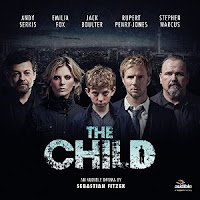 None this month!  Yay!

Favorite reads:  Between finishing up the Lucy Valentine series and catching up with The Others, there really were some good books read this month.  Of the books from those two series, I'd most definitely place Marked in Flesh as my favorite read for March.

Disappointing reads:  I can't really call a book disappointing if I hadn't been expecting much from it, but all the same, Kay Hooper's 2017 release of the Bishop/SCU book, Wait for Dark still ended up feeling like a disappointment.  I keep hoping for the series to pick back up, but I'm almost afraid that it never will...

Coming Up In April

As I'd already stated, I've managed to finish three series in March, and I'm hoping to catch up with a couple more this month.  The Others by Anne Bishop might have added another book to the series, but the story arc for Meg and the Lakeside Courtyard community is coming to a close in the fifth book, Etched in Bone--I should be finishing up this book within a day or two.  I started reading the ICE series by Melissa Cutler this year, and am also hoping to finish the series within the next month or two.  The other series I'm working on is Aftershock by Jill Sorenson--rereading the first two books by audio, then finishing the rest of the series as I get to each book.  I'm hoping to finish the Aftershock series at least by May, if not in April.

Meanwhile, I'm slowly making my way through Jill Shalvis's Lucky Harbor series... or well, I hope to start making more progress.  I read the fifth book, At Last in January, and can hopefully continue reading the rest of the books, month-by-month until the end of the year rolls around.  I'm actually wanting to read the last novella, Merry Christmas, Baby in December as part of a holiday read or something, but we'll just roll with the mood and see where I end up.

The other series I'm hoping to catch up with, hopefully by July or August is Tessa Dare's Spindle Cove, as well as Castles Ever After (since the two series overlap with the most recent book).  I'd also like to continue with the X-Ops series by Paige Tyler, as well as Jayne Ann Krentz's Harmony and Arcane Society series.

Unfortunately, I'm quite behind on completed series that I wish to finish, and really only have eight possible series candidates for this category.  I might just have to hunker down and make myself pick any two from the several book series I still need to finish reading.  It's entirely possible that next year I may have to tweak the reading goals for my Personal Series Challenge.