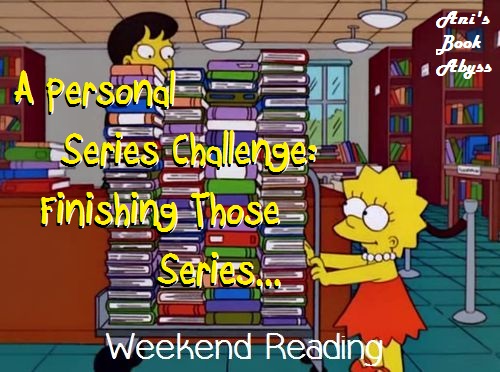 This post is about a week late in coming, as I've had it written and ready to publish for some time.  But matter!  Here it is now, with all my edits and finalized decisions and NO MORE CHANGES.  Well, at least no more changes as far as this particular post is concerned.

I'm continuing my pet project, the Personal Series Challenge, rolling into 2019.  This is becoming more of a project for me than an actual challenge, and it has seemed to be quite helpful in making me finish series I've started.

I think I did quite well last year despite all the new series being started, and despite feeling a bit overwhelmed when half the year was over and I'd fallen into a very, very pathetic reading slump.

But a new year is a new year, and I'm here to continue the goals I've set for myself.  With my penchant to begin a lot of new series and never get around to them, I have chosen to commit to finishing a number of series each year.  Starting this official challenge since 2017, I'm determined to continue on.

My rules are the same as last year, with three specific Goals, following in the sections below.

Once again, I'll be listing some tentative series below that I hope to finish/catch up with/read.

I'm also playing with a new way to track my progress, so my main summary post is sort of still in the works.  Now that I've had a taste of tables in html blogging... I've been experimenting.  We'll see how much better I like it than the simple bullet list I used to do. 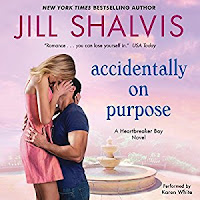 It's been a while since I've touched a Jill Shalvis book, so I think it's time to get caught up with her Heartbreaker Bay series.  The series is up to eight books now, so it looks like it'll be a game of playing catch up, as I'm not sure how long Shalvis will continue to write for this series.  But the eighth book looks like it'll be released in September of 2019, so I may be able to catch all the way up... in audio book form!  Following my plans for some other challenges, I may start back into Jill Shalvis sometime around the summer, or right before then... depending on whether or not I've got another audio book lined up these first few months.  As I recall, reading too many Jill Shalvis books in a row, all at the same time, never bodes well for me... I figure if I stick to one a month, I may be successful...  Maybe...

Meanwhile, Burning Cove and Cutler, Sutter, & Salinas both only have one book left to completion, and I look forward to reading the last books of each trilogy.  Nichelle Clarke and InCryptid are newer series I started reading in 2018 and determined to catch up with.  These two series, especially with all the little novellas and short stories in InCryptid will be keeping me pretty busy this year.

Haruhi Suzumiya...  I've dragged this series out long enough.  I think I read the first book back in 2011 or 2012, and very, VERY slowly made my way through each book in the series.  I think it's time to get it finished.  There are only three books left, and I've made a decision to use these books as part of my Reading Assignment Challenge as well, so I will probably also be getting the last three books read sometime in the summer.

Of course, there are many other series I need to work on, and I've only listed six here for now.  I'm sure I'll get to some other ones, especially if some ongoing series end up releasing a new book in 2019, then those will be easily dealt with.  =D 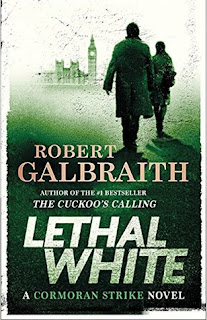 As of the posting of this announcement, I've started reading the fourth installment of Cormoran Strike, which I did not list above, because it wasn't one of the series I'd originally thought to include (also because I had forgotten I was waiting on a library hold).  If I can slide through the book within the next three weeks, it'll be the first series I catch up with under Goal #1! 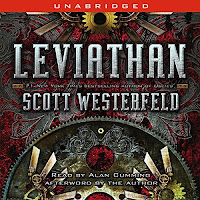 So far I'm rolling two series over from 2018's tentative list, Courtney Milan's Turner series, and Juliet Marillier's Blackthorn & Grim series--not because I didn't feel in the mood to read them or anything, but just because I never got around to them--you know, reading slump and all.

And with my new reading challenge geared towards reading Historical Fiction (of any sub-genre type), I'm also including a few short historical romance series:  Julie Garwood's Lairds' Fiancées is a duology that I'm sure I can finish this year.  Amanda Quick has at least three other series (and many, many stand-alone novels) I will probably jump on since reading her books is one of my main goals in 2019, and I will be starting with Vanza.  I'm also going back in time, so to speak, and picking up books from Pamela Clare's backlist.  She has two historical romance trilogies I plan on reading this year; I will be starting with the Blakewell/Kenleigh Family series.

As of the posting of this announcement, I've already read the first books of the Vanza series and the Lairds' Fiancées duology.  I will be, hopefully finishing up the rest of Vanza by February, but the second book in Lairds' Fiancées may have to wait... I don't know if I can handle another Julie Garwood Highlander Romance so soon after the... conflicting train wreck that was The Bride.  Check out my review of The Bride to see what I mean.  I DO, of course, mean to finish the duology, as it seems a bit of a shame not to, in light of my big series project here.

And finally, the last part of this series challenge--the first-in-a-series stuff... because aside from reading a bunch of new series, I'm also probably going to start a bunch of new series.  I'm including The Anatomist's Wife in this particular goal because I'm not entirely sure if I'll finish the whole series within the year.  If I do, obviously I can move it into Goal #2, considering finding a first-in-a-series is easier than finishing a whole series, in comparison.

But I've once again rolled over a few books from the 2018 tentative list, as books I didn't get to last year.