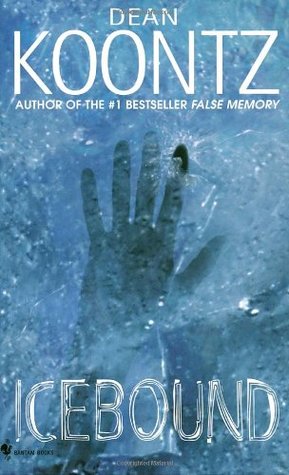 
I haven't read a Dean Koontz book in a very long time, but he used to be one of my auto-go-to authors when I was still in high school.  Back then, my reading appetite was considerably different, but one thing never changed over the years:  I love me a good thriller.

As is written in the 'Afterword' of this book, Koontz states that this book is far different than his typical genre of writing.  And I'd have to agree--for a few moments in the middle of the book, I had found myself thinking that it read and felt different, like it was written by someone else.

Quite a feat, I suppose, since I've always associated Dean Koontz with a specific writing style.  But don't get me wrong, the writing style and pacing was quite Koontz--at least what I remember of what I've read in the past, but some of the events and the flow of the narration felt a bit awkward and forced; not at all like the smooth and increasingly exciting progression I used to associate with Dean Koontz books I've read before.

I'm in the minority here with my opinions, apparently, but there was just something about the book I couldn't quite get into.  Sure, the story was intriguing, and things DID get exciting at some point; but overall, I wasn't entirely certain I cared much for this book, nor the long drawn out, supposedly suspenseful climax at the end.

I just felt like things could have been handled better.


The Story:
A team of "U.N. Scientists" are stationed in the Arctic to undergo research of the ice fields they will call home for months.  The basic idea is to see if it is possible to float a piece of ice in an effort to supply fresh water to civilization.  But even as the team are setting up their explosives to break off a piece of the polar icecap, a tsunami rumbles underneath the slab of ice the team is stationed on, breaking off the land mass, and essentially rendering our main characters on a floating ice island in the dead middle of an Arctic winter.

To make matters worse, the sixty explosives meant to break off the ice mass from the polar icecap are now ticking down to detonation with eight lives sitting right on top of them.  The winter winds make it hard for any rescue from outside transport, and our heroes realize that they could all be dead before the night is over--if the explosives don't kill them, then over time, the harsh winter weather will most certainly claim them.

As if the situation weren't bad enough, our lead scientist, Dr. Harry Carpenter is made aware that there is a potential killer among their small group.


My Thoughts:
The book dragged a lot in the beginning, but there was no shortage of action.  It just somehow managed to feel drawn out in spite of the forward progression, probably because of all the random side tangents thrown in to build character biographies and whatnot.  It's not that I didn't appreciate them--they seemed necessary, after all.  But at some point, the transitions just seemed a little awkward, aside from the one flashback memory of when Harry met Rita--that side tangent was quite enjoyable.

I suspect, however, that I had trouble getting into the book because the entire story hinged on one really big conflict, but the urgency of the matter didn't really feel urgent.  And then I couldn't seem to make myself really care about any of the characters aside form Harry and Rita Carpenter.  The rest of the group felt like stage props.

Then you start throwing in another conflict after another and I started feeling the beginning stages of frustration rather than excitement.  It was almost as if Koontz felt like more needed to happen aside from our scientists waiting for impending doom, and so let's add some more action to keep things interesting.

Except that I didn't need more.  Because sometimes less is more.  And in this case, it was definitely the case.  By the end of the book, there just felt like there was too much catastrophe hinging on that midnight countdown.  But instead of feeling anxious or fearful for our group, it got exhausting waiting for the end of that countdown.

On top of that, I had been fully expecting some kind of horror, as is typical of most Dean Koontz books.  But there was no horror to be had.  Just your typical natural disaster type of suspense with a killer thrown into the mix.

Anyway, there were moments where the book was enjoyable, but I'm still a little jarred by the fact that this book is so different than what I'm used to with Dean Koontz.  Maybe I was just expecting too much.