Oh geez!  This was kind of a terrible month, both for reading and for personal life stuff.

I took a vacation from work this month, with a road trip to visit family, which was fun.  But we ended up having to cut short our family vacation due to family issues back home.  After that, everyone in my house proceeded to get sick, one after another--first my youngest brother, then myself, and then my mother.  I'm worried that even the dog is sick as well, because he's been a little down lately.

In reading news, this month was not as great as I'd anticipated.  I had hoped that I'd be able to get some reading done during my vacation, which I DID manage a good amount of.  But the rest of the days outside of vacation is proving a little more frustrating.  I had hoped to finish reading the Lotus War trilogy this month and wipe the floor of June's Reading Assignment books with it... but as you will have seen according to my review of Kinslayer, that wasn't going to happen, so I had to make some changes.  I needed a break from this trilogy, so the reading of Endsinger has been rescheduled to a couple months later--maybe in August I'll try to finish the series.

But to be totally honest, otherwise, I haven't had too many other problems with the books I've read this month.  I think Kinslayer and everyone getting sick and all those family issues caused a hiccup in my planned TBR this month.

In other news, COYER Summer Vacation has started and while I've been a bit busy and haven't really participated in any of the activities, I'm hoping to jump into them pretty soon.  See coyerchallenge.com for more details.

None this month! Yay! 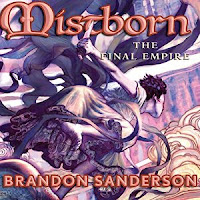 Favorite reads:  I'd like to say I read a lot of very enjoyable books this month, but if I really had to pick a personal favorite, I would probably choose the last book I read for the month of June, The Paid Companion.  But to be honest, there were many books I found myself really liking, which includes all three of my highest rated books listed above, as well as the other books written by Jayne Ann Krentz (whether as Amanda Quick or Jayne Castle).  I would probably toss in Linda Howard's Troublemaker as well, because although it wasn't what I'd been expecting, it proved very enjoyable and has me looking forward to the next Linda Howard book if only because this second chance read for this author proved pleasantly satisfying.

Disappointing reads:  My biggest disappointment is truly and honestly Kinslayer.  Really, I loved Stormdancer when I read it two years ago and had been looking forward to the rest of the series.  And as I state in my review of Kinslayer, while the first book of this series wasn't the best I'd ever read, it was still worth a second glance.  But Kinslayer...

Maddy's Floor may seem like a big disappointment, but to be honest, it really isn't.  I guess I'm not as exasperated with this book, if only because I really hadn't gone into it expecting top-notch story or writing.  I just hadn't expected the same old problems that had made the first two books fall flat for me without improvement--and it would have been nice if an editor had gotten involved with this book.

Coming Up In July

I kind of want July to be the month of catching up or finishing up some series I'd already started.  I'm hoping that's what I'll manage to do, because I have plans to continue reading more from the Lucky Harbor series by Jill Shalvis, as well as finishing up the last two books published in Maya Banks' KGI series--the next two books after that will be published in 2017.  On top of that, I will be reading Kalahari, the third and last book in Jessica Khoury's Corpus series.

Previously, the MY TBR List for July was going to be one for picking a "next in series" book for me to read... but I decided it was more pertinent to use it for my Reading Assignment books instead.  If all goes well, I would also like to continue reading Jayne Ann Krentz's (Amanda Quick | Jayne Castle) Harmony series and Arcane Society series.  I've already managed to check out the next three books within this connected world while I was at the library the other day... along with a few other check outs... So it's going to be a busy reading month if I plan accordingly.

COYER Summer Vacation continues into July and I'm hoping that I will have more to contribute to this activity, since, thus far, I've been pretty absent.  I don't know how well I will follow this, but I really am hoping to knock out some of my e-books during this challenge, even though this summer is an "Anything Goes" challenge.  There will also be a read-a-thon in July--24in48 Read-a-thon--that I have already signed up for.  There will be a participation and goal post forthcoming within the next week.

Here's hoping July will be more satisfying than June!