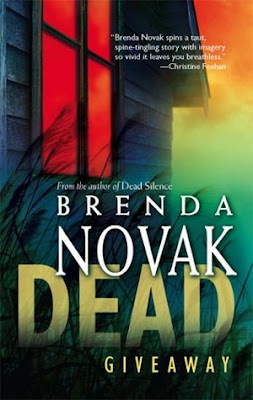 **As this is the second book in an ongoing story line with an ongoing conflict, there will be mentions of things from the first book that may ruin the reading of said first book. Please proceed with caution, or better yet, don't read this review if you haven't yet read the first book. This is a Spoiler Alert for the first book in this trilogy.**


The Reverend Lee Barker went missing nineteen years ago... And the people of Stillwater, Mississippi, believe they know why. They're convinced he was murdered--by his stepson, Clay Montgomery. But only Clay--and his mother and sisters--can say for sure. They were the only ones there that fateful night, the only ones who know what really happened. And they're not talking.

Allie McCormick is a cold-case detective from Chicago. After a particularly difficult divorce, she's returned to Stillwater with her six-year-old daughter to find the peace she once knew in her hometown, and to work for the local police force while she's starting over. But when Clay's powerful enemies join forces to put him behind bars, Allie feels duty bound to uncover the truth. Her instincts tell her he didn't murder the Reverend Lee Barker.

Maybe Clay's a dark and brooding man with more than his share of secrets, but he was just sixteen at the time. And he's not a cold-blooded killer. At least, that's what Allie believes--until she finds proof that behind the preacher's pious demeanor lurked the heart of a monster.

Then she has to ask herself whether justice has already been done....


I’m gonna be honest about this: There has got to be something alluring about these Brenda Novak Stillwater books that is managing to keep me hooked. It took every ounce of discipline I had to put the book down after two hours of straight reading before going to sleep. 50% into the book, I finally caved, knowing that I needed to at least get enough sleep if I didn’t want to go into work sleepy or cranky.

Is it the storyline? The premise of the book itself doesn’t leave much mystery or surprise to be anticipated. We know what the mystery is and we have an inkling about the conclusion, even if we don’t know what will actually happen. (Well, okay, after reading several romantic suspense novels, I’m not going to deny that everything hinges on a Happily Ever After closing each book whether or not it’s an ongoing series, so we have a vague idea of how things will come out--with sunshine and rainbows and happy days.) But I suspect that I now understand that “suspense” isn’t always dependent on “OMG! Who did it?” or “Ooh, what’s going to happen to our heroes?” or even “Ack! What happens next?”

The suspense in the Stillwater trilogy (thus far) is really more a mixture of “How is the conclusion going to happen?” and “How are we going to get there?” and “How will life turn out for the Montgomery's and everyone else in Stillwater?”

Anwyay… in all honesty, it takes quite of bit of care for the characters for me to start asking those questions regardless of the fact that the plot seems quite straight-forward and there probably won’t be much in terms of surprise twists. Because things are still going to happen to the characters of Stillwater and, Gosh Darnit! I wanna know how everything plays out!

So maybe I do care for the characters enough to want to know all of their fates in the end as well as how the entire scandal will handle itself by the last book.

How do the Montgomery’s manage to have their Happily Ever After? How will things turn out for the family? Will the town accept the truth? Will the siblings be able to move on? Will Mom ever learn to stop being so naive about life and face the facts of the world? Will the people of this small town forever be ignorant, judgemental, snobby jerks? Will Irene Montgomery ever grow a backbone and stop causing trouble for her kids? Can love conquer all…?

So yeah, despite a lot of flashes of rage during the reading of this book (mostly because a lot of the characters got on my nerves), it didn’t escape my notice that I really do want to know how everything wraps up in the end.

In Dead Giveaway Clay Montgomery comes closer to being imprisoned for the death of Reverend Barker, despite the fact that there is no evidence to prove that the reverend is dead nor that Clay killed him. And since we had already learned in the first book that the death was an accident and it had been Mommy Dearest who’d landed the executing blow, we know that Clay wasn’t the one who killed the reverend. But it doesn’t help that someone died and all the Montgomerys were instrumental in covering up that death.

In a nutshell, not much really happens in this story aside from a lot of fingers being pointed, and a lot of anger being channeled, and a lot of angsty romance being presented, and a lot of judgement being thrown around by people who have no idea how to be compassionate. And really… that’s it. There’s little to add onto as a continuation of Dead Silence except for the fact that this is just a long drawn out drama with the same events occurring over and over again as the base platform for three romances to happen.

I’m not really complaining, but I’m also not really all that excited about it all. I just want to know how everything ends.

And I’m also ready to be rid of a lot of the Stillwater townspeople. They piss me off a great deal. As I’d mentioned about the first book, I cared very little for most of the characters in the book and in this series in general. Clay is, thus far, one of the few I actually like. Allie’s not so bad either… and if only Grace would grow more of a backbone.

Irene got on my last nerve since all she ever did was cry and complain and cause trouble despite knowing how crucial it was for her to stay out of trouble. Madeline… I don’t know. I understand her need to find out what happened to her father, but her persistence sometimes bordered on a child’s obsession. But then again, she doesn’t know what the reader knows and so she wouldn’t understand why her constant persistence in investigating her father’s disappearance comes across as troublesome.

I’m half-looking forward to finishing the series in Madeline’s perspective--mainly to see how she ends up handling the truth of her father. But I haven’t grown to like her through the first two books and find her kind of annoying, so I’m hoping that the last book will give me a chance to get to know her better.


This review was originally posted at Ani's Book Abyss / BookLikes in September 2014.